Although I’m itching to write science fiction again, after a long series of medieval fantasy romance, I find it difficult to leave the wonderful world of immortals with strange powers. So, I decided to write a science fiction romance series involving a planet where the inhabitants have angelic abilities.

I call the series: AZURA CHRONICLES. Book One will be ANGEL MINE, and it involves a kick-butt female bounty hunter and an angelic alien. I only wrote the first chapter, and I love them already and can’t wait to develop their story. I even have these characters in mind. Yes, the big cat is also a character. What do you think? I hope the cover designer for my publisher chooses to use the pictures I selected, or something very similar. 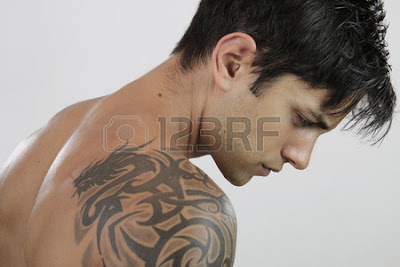 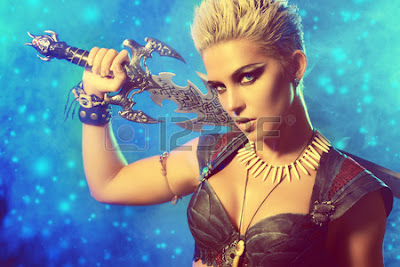 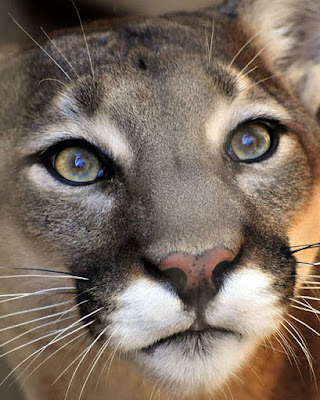 Here is the blurb (so far).

What in the frozen hells of Laxxar prompted Fianna to pursue her quarry to this forbidden blue planet? Well, she needs the credits… badly. But as if crashing in the jungle wasn’t bad enough, none of her high-tech weapons work. She’ll have to go native, after the most wanted felon in five galaxies. It’s not just her job. It’s personal.

Acielon has never seen an outworlder like this fascinating female, strangely beautiful, and fierce, like the feline predator loping at her side. He always dreamed of exploring the universe, despite the legends… and the interdiction. Is it truly a hellish place of violence, lies and suffering? If it spawned this intriguing creature, it must also be a place of wonders, adventure and excitement…

Fianna’s hunter instincts tell her someone is watching. Sheba, her telepathic feline partner, doesn’t seem worried… yet, something on Azura isn’t quite right.

The book will probably come out in late 2017 or early 2018. In the meantime, you can read my other science fiction romances in ebook or print from these distributors.