Tweet
Pin it
South Florida just got a helluva lot steamier…
During the day, the staff at Wicked Brand makes ink dreams a reality for their
appreciative clients. After hours, this naughty crew engages in sensual
delights as wild as the designs they’re selling. Their motto? Nothing
forbidden. Nothing held back.
Wicked Takeover is Lauren and Dante’s story in my Wicked Brand series…
*** Each book can be read as a standalone *** 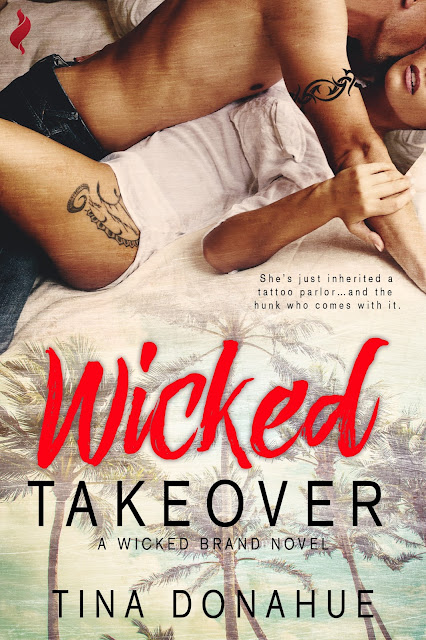 AMAZON – GOODREADS – BN – KOBO – iTUNES
Print and ebook
Blurb:
She’s just inherited a tattoo parlor…and the hunk who comes with it.
Lauren’s in a helluva mess. Not only has she lost her corporate HR job, she’s just inherited Wicked Brand, a struggling West Palm Beach tattoo parlor…along with the virile dude who runs it. Lauren’s full-figured, sorta pretty, and wanting him badly. Dream on. She’s here to sell the place as quickly as possible for some much-needed cash and score a new position in the corporate world.
Dante’s sinfully hot with a killer smile and beautifully inked biceps. He sees the heat in Lauren’s eyes despite her conservative appearance, recognizing the dynamite woman she could be if she’d just loosen up and have some wicked fun. Dominance and submission. Making love in a public place. Having her lush body always accessible to and ready for his.
Unwilling and unable to keep their hands to themselves, Lauren and Dante turn to carnal games and seduction. Until lust turns to surprising need and friendship to something deeper that might just change their futures. 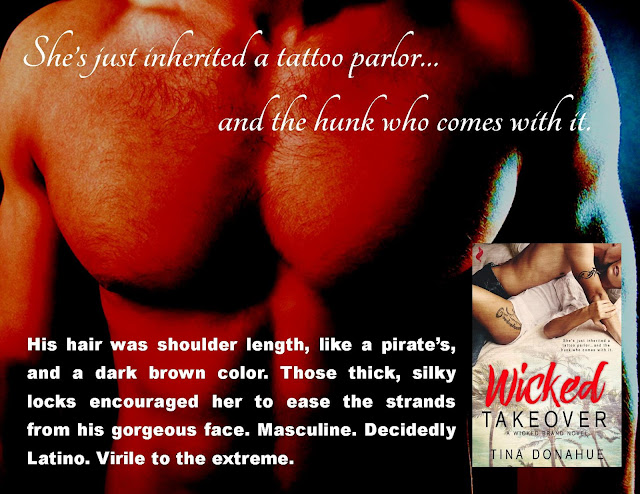 “Are you here for a piercing?” He gestured to another wall filled with pictures. His biceps flexed.

Lauren wanted to touch them, feel their strength and heat.

“You can see what we offer in those photos. We also have binders of what we’ve done for past clients to give you an idea of what you might like.”

For someone who prided herself on her no-nonsense professionalism, she was having a hard time not drooling over his freaking arms. What was wrong with her? She knew better than to lust after a guy like him. That path only led to her nursing a humiliating rejection at best and a broken heart at worst. She tore her gaze from his biceps and looked at the photos he was showing her. “Do people really get their tongues tattooed?”

He shrugged good-naturedly. “Why not?”

He wasn’t the least bit uptight. How Lauren envied that. “Have you?”

“Had your tongue tattooed? Or are the ones on your arms the only ones you have?”

His smile broadened. He spoke conspiratorially. “I have another, though not on my tongue.”

She hoped he hadn’t inked the prize behind his fly. His equipment had to be as awesome as the rest of him. No way could anyone improve on nature’s perfection.

He regarded her thoughtfully, his gaze warming her in places she hadn’t thought about in far too long. Easily, he took in her short blond hair, her clothes, and her features, including the small mole near her mouth. There, he lingered. A faint smile touched his lips.

Lauren’s throat and cheeks grew hot. With his approving gaze, too much desire rushed through her, making it difficult to breathe.

He flushed, too. “Let me get those binders so you can look through them.”

His dark eyebrows lifted. “You’re selling something?” He glanced at her purse and looked around her, possibly for an organization caddy stuffed with her product line.

“This place.” She gestured to the parlor. “I own this business and everything in it, including you.” 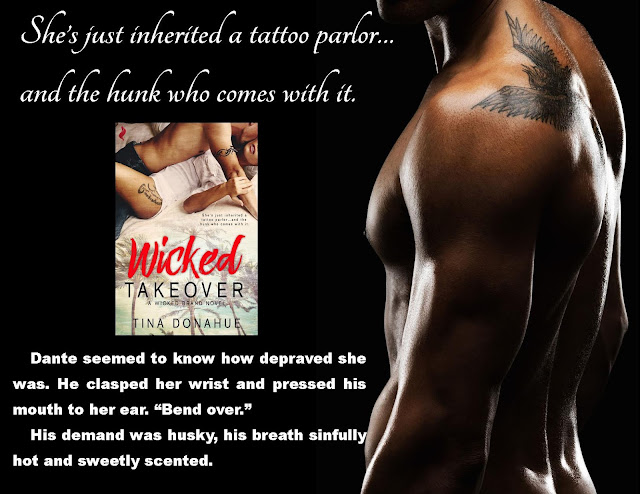 ‹ The God of Sex… › More from Dulcina by Linda Carroll-Bradd