Traveling Through the Ages in Bath 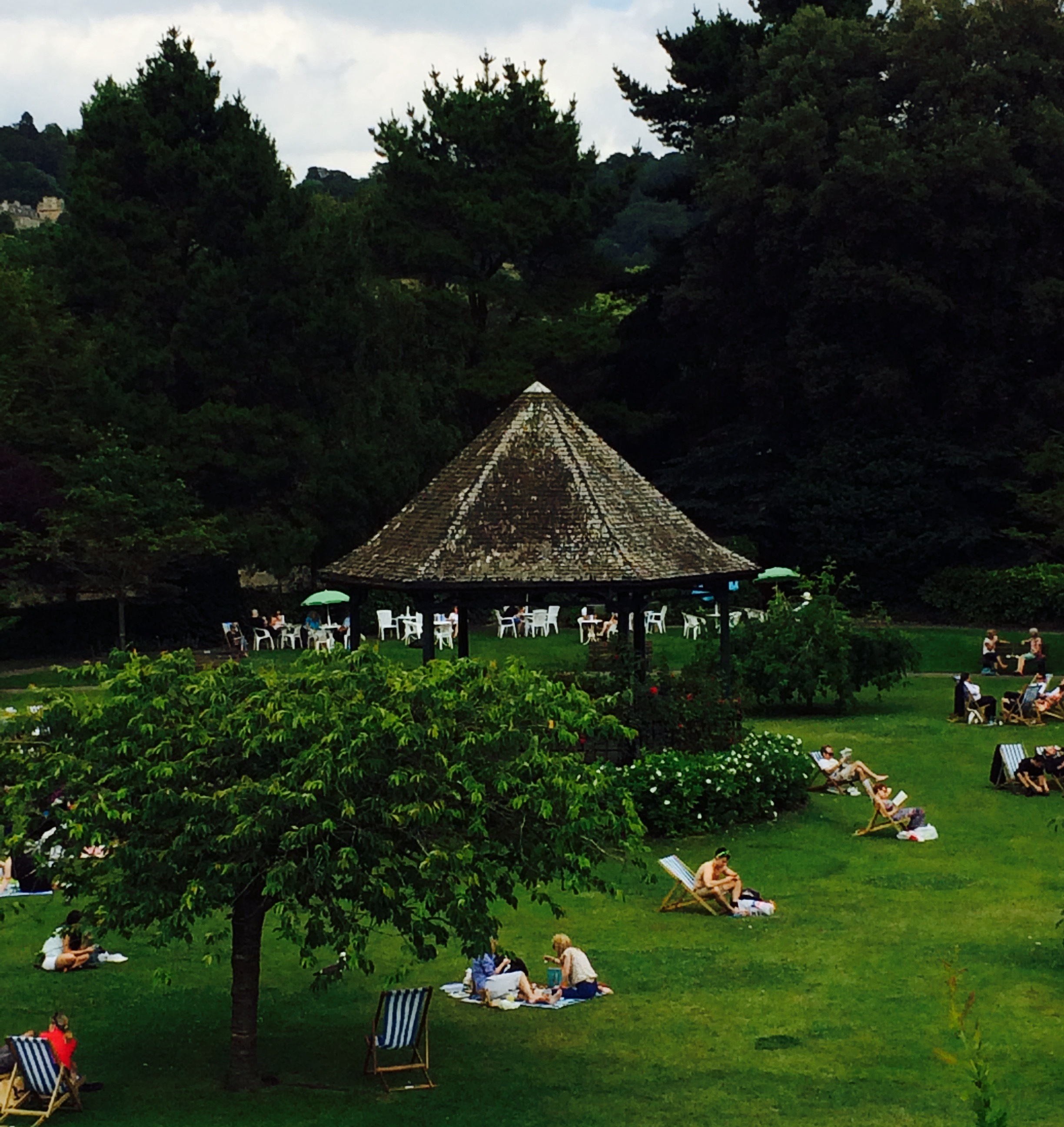 Bath about ninety minutes by train from London’s Paddington Station and one of the few places I’ve visited more than once. On our first trip, we were part of a tour that visited Stonehenge, Windsor Palace, and Bath. Because the Queen was in resident at Windsor Palace, our time there was cut short (we could only walk around the grounds) and it gave us more time in Bath. It was a beautiful, sunny Sunday when we arrived and a band was playing in a flower-filled park, and I immediately regretted not having even more time there.

of Bath. Young men and women in graduation caps and gowns and their families were everywhere, but they weren’t there to see the sites, so we still were able to walk around the city and visit the original Roman baths. All the same, we still didn’t have enough time to see all the museums. My next trip—it is my plan to have one—I would actually like to spend a few days there.

Bath, as you can guess, is located over some natural hot springs, and the Romans built a spa there in 60 AD. It was actu 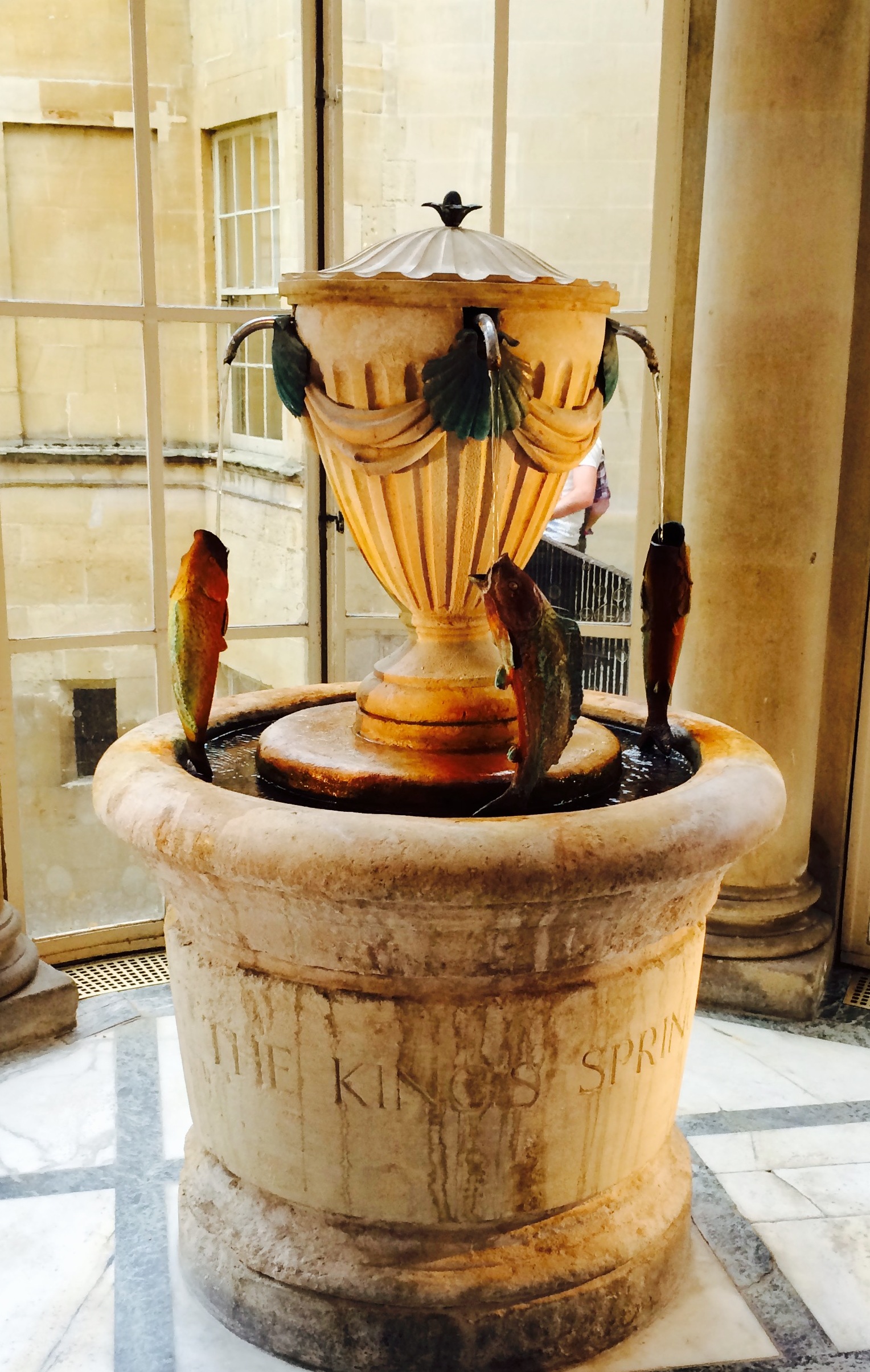 ally buried (from silting) and not rediscovered until 1880. After the Romans left, the villagers that remained lived in wooden huts. The place still served as a local market and people continued to visit the springs in the area. The town was occupied by different armies (Saxons, Royalists, and Parliamentarians, for example), but remained a quiet village until Richard “Beau” Nash put the town on the map in the 1700s. Large houses and other fine buildings were erected during that time, and it became a place for the wealthy to visit and enjoy different pursuits (cards, horse racing, etc.) In the early 1800s, it was one of the largest cities in Britain, but having never developed a great deal of industry, remained a market and tourist destination only.

Today, tourists can travel through the ages by visiting the recreated Roman baths, din

ing in the Pump Room (originally built in 1795), checking out the Jane Austen Centre (she lived in Bath from 1801-1806), or taking the waters at one of the modern spas.

Not many places you can travel 2000 years in single day.

‹ My other muse › Wounded Series – BLMorticia and Remmy Duchene M/M