When it comes to one sexy reaper with sin on her mind and a hunk who also happens to be a good angel and her parole officer – watch out. 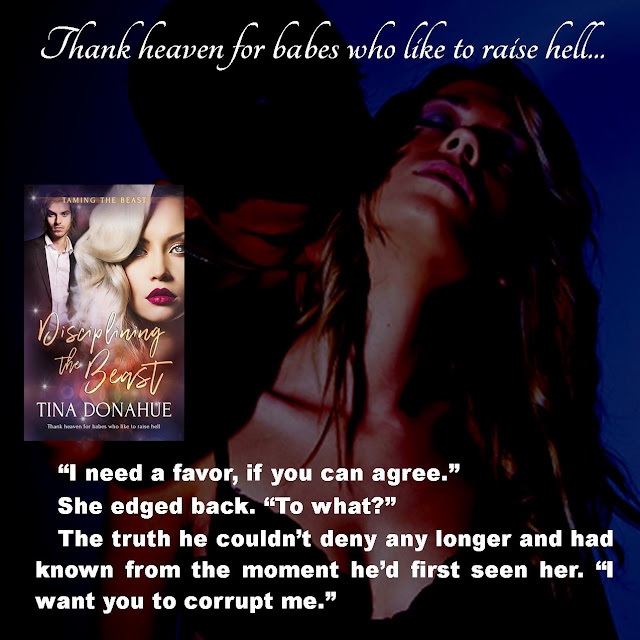 Book five in the Taming the Beast series

Thank heaven for babes who like to raise hell.

Wynona relishes her job as a reaper. Some jerkwad pisses her off? He’s toast. Any douchebag who mistreats a woman better watch out. Lately, she’s been enjoying it a little too much—and Heaven is not amused.

Wings temporarily clipped, she’s doing time working as an enforcer at From Crud to Stud. The body count isn’t what she’s used to, but at least the scenery—that is, her celestial parole officer—is tall, dark and deliciously hot.

Rafael can’t take his eyes off Wynona. No, really. She’s a 24/7, one-on-one job. No matter how hard this angel rides her, she begs for more. Finding a way to bring out her best side is turning out to be the greatest challenge of his career.

She’s sassy and sexy, and she’s brought out a side of him he never knew existed—an inner Dom who is only too willing to follow her down the garden path of unrestrained indulgence. And once they set foot on that slippery slope, there’s no turning back.

Warning—Virtue has met its match. Celebrates bondage, discipline, voyeurism and crazy good sex in an office setting, fetish club and everywhere else. The faint of heart are advised to turn back now.

The guy on the sofa pushed to his feet.

His scent washed over her, snatching her breath. If goodness and starshine had an odor, that would be his, the fragrance of an unsullied soul. Definitely not a reaper. Not a mortal, either.

That reality should have had her bolting down the hall before she did something bad.

His outstanding looks kept her rooted to the spot. He was a large man, six-three or more, with shoulders that went from here to tomorrow. His broad chest, flat belly and powerful thighs were the stuff of Greek myths wrapped in fashionable duds straight from GQ—charcoal-colored pants and a midnight-blue shirt. Both garments draped his form beautifully, including the impressive bulge behind his fly.

Apollo had nothing on this dude.

As far as she could tell, he was hung better than most gods and mortals. In human years, he was likely early to mid-thirties. He’d tied back his long raven hair, though a few silky strands had escaped to graze his forehead and firm jaw.

Dark stubble dusted his cheeks, chin and upper lip. His complexion was a healthy bronze, eyes lushly lashed, their color a deeper blue than sapphires, his gaze deliciously intense.

Of course, the goodness rolling off him was a problem. He couldn’t be here for a makeover. There was nowhere to go from perfect, unless…

He might want to release his beast, the same as Eric had done a few years back. As a direct descendant of Cupid, Eric had wanted to ditch his courtly demeanor and become a bad boy to snag the babes. After he’d met Becca, the half-witch who owned this joint, he’d changed his mind about other women and hooked up with her for life.

A sweet dream Wynona coveted but didn’t expect for herself. However, if this guy wanted someone to corrupt him and had heard about her hardcore ways, how could she say no?

She sashayed across the room and stopped close enough for them to kiss. He didn’t back up or take off. She liked that. Gave her a chance to indulge.

His full mouth had probably fueled countless female wet dreams, the cleft in his chin was beyond lickable and the interest in his gaze was the best of all. He searched her eyes the way a mortal did when wanting to touch another person’s soul.

If she’d had one, she wouldn’t have let him look inside. Being defenseless led to more sorrow and hurt. No, thank you. She’d had an eternity dealing with that crap. “Hey there, I’m Wynona.”

She would have offered to shake his hand, but one touch from a reaper and anyone alive was toast, except for select supernatural beings. As a rule, those whose powers were equal to or greater than hers. She wanted to ask him what he was but waited, hoping skin-to-skin contact wouldn’t be verboten for them.

“Wynona.” He inclined his head. A lock fell past his ear and skimmed his cheek.

Indeed, he was. A killer name for a sexy man. “And what brings you here tonight, Rafael?”

He couldn’t have given a better answer. Her spirits soared. “So, you’ve heard of me, huh?”

“Repeatedly and at length.” His cheeks darkened.

She flushed with excitement too. “What kind of makeover did you want?”

“I don’t. That is, none.” He glanced past her to Heather and Constance.

Heather pretended to work rather than eavesdrop. Constance didn’t budge, all eyes and ears. Stefin, a demon enforcer, had joined her.

He and the other male enforcement team had given Wynona a fucking hard time from the second she’d started at this place. She glared at him.

He glowered right back, the flames in his eyes blazing.

She spoke to Rafael. “None? You mean, as in, no taming your beast? So, you’re here to free your wayward urges, right?”

His forehead turned red but desire flashed in his eyes. “No. I need to rein yours in.”

Heather made a strangled noise.

Constance offered a throaty moan that sounded beyond turned on.

Rafael had stopped breathing seconds ago. He pulled in some air. “I’m your parole officer.”

Wynona went colder than a vamp then hotter than a menopausal woman. “What? Wait. I know what my parole officer looks like. Little dude with a face only a blind mother could love and a personality on par with overcooked spaghetti.” Her gesture took in Rafael’s magnificence. “Definitely not you.” 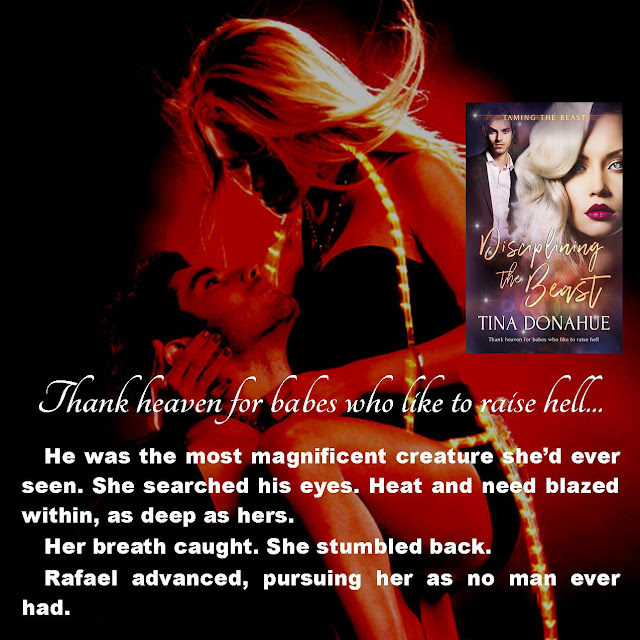 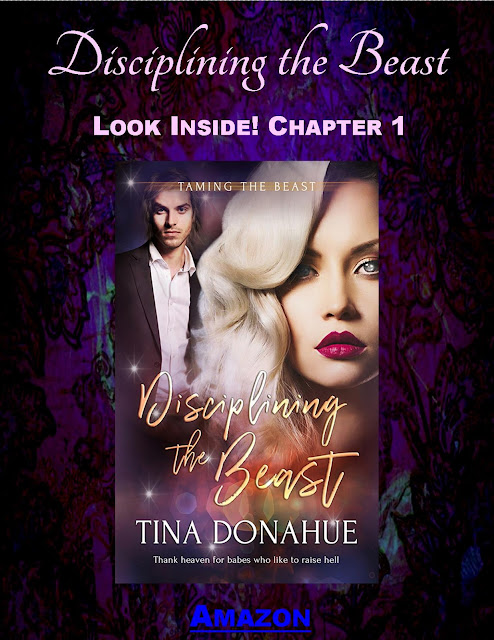