The Magic That You Do has all the treats and none of the nasty tricks – though there is a surprise built into the story!

This out-of-the-world romance is now live! 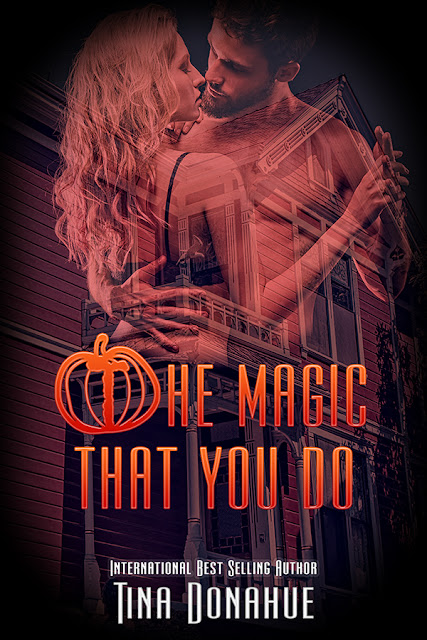 Finn has no idea what he’s doing at a haunted house on Halloween, but his tour guide Caty certainly rocks his world. Irresistibly drawn to her, he indulges in wicked delight and a return to their shared destiny. 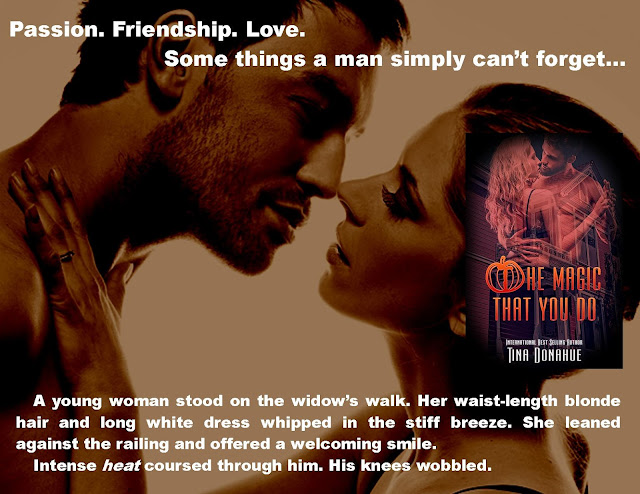 Home. The word popped unbidden into Finn Gallagher’s mind. An odd occurrence even on Halloween when supernatural events supposedly ruled.

Not being superstitious, he should have smiled but couldn’t.

Children dashed past, costumed to resemble ghouls, reviled politicians, or popular media figures. Wonder Woman kicked butt for the girls. The genie from Aladdin edged out the Lion King for the boys. Kids swarmed the neighborhood and worked their way down the street. Their shrieks and shrill laughter faded. None bothered with the tour.

Finn had no idea about that or why he was here, unable to recall the trip or this destination.

Blustery wind swept across Lake Huron. The wintry blast tousled his hair, rattled bare tree limbs, and delivered an unbearable chill from the water. He clutched his coat closer to his throat and lifted his face. Ominous clouds pressed in. Coming rain scented the air.

Honeyed light poured from the house, the glow warm and inviting.

Strange that a haunted house should seem safer and more enticing than the street. Whoever had planned this tour was clueless as to what the public wanted or children demanded. A new group of kids ignored the place, not even bothering to check out the two bicycles abandoned on the expansive front lawn. The bikes, along with rollerblades and skateboards, were the only transportation allowed on the island.

He stilled, not certain how he’d known that. Probably had been on the sign. Nope. On a brochure? He patted his pockets. No literature there. Mystified, he stepped closer to the place.

A young woman stood on the widow’s walk. Her waist-length blonde hair and long white dress whipped in the stiff breeze. She leaned against the railing and offered a welcoming smile.

Intense heat coursed through him. His knees wobbled.

The front door had blown in…unless it had opened on its own.

Dismissing such a crazy notion, he lifted his hand in greeting to the woman.

Shadowed figures passed the upstairs windows, gauzy curtains making them indistinct. The promised ghosts? He wanted to laugh but didn’t. One form stood a head taller than the other. Had to be a man with the young woman he’d seen. The guy was most likely her lover or husband.

Inexplicable sorrow gripped Finn followed by acute loss for someone he’d yet to meet. Definitely time to go. This was nuts.

A strong violet scent surrounded him even though no flowers bloomed on the bushes. Drawn by the fragrance, he hurried up the walk toward the house.

A child darted into his path.

He reared back to avoid colliding with the little girl.

Unmindful of his presence, she waved and shouted to her companions. “Hold up! You’re going too fast!”

She ran toward them, tripped on her witch costume, and tumbled to the grass.

“Whoa.” Finn crossed the lawn and touched her arm to help. “You okay?”

“No!” Crying, she shoved spilled candy into her sack and raced to her friends.

They laughed at her witch nose, bent from her fall. She giggled with them and set the thing right.

A gust scented from violets slammed into Finn and pushed him to the house.

Heart pounding, he crossed the porch and stopped in the foyer painted a cheery yellow with white moldings. Furniture from way back when decorated the expansive space.

Footfalls sounded overhead. One heavy. One lighter. The man and woman from the windows. He tilted his face to the ceiling. The couple crossed from room to room, working their way back to the master suite.

His skin prickled. He hadn’t a clue how he’d known that. Wait. The widow’s walk was on that side. Made sense the largest bedroom would be, too. He’d painted enough client portraits in front of and inside Victorian structures to know the architecture.

Relieved, he lowered his face and started.

The young blonde woman from earlier looked at him worriedly, her slender eyebrows lifted. “I’m sorry. Didn’t mean to startle you.” She rested her hand on his arm. “Are you all right?”

More like delighted to have her next to him instead of upstairs with the man…and the other woman. “Yeah.”

Her concern comforted and aroused him as nothing had in too many years. Warmth rolled through him, settling in his groin, thickening his cock.

Dark lashes fringed her sapphire-blue eyes. Pink flushed beneath her milky skin. Heat radiated from her despite the cold night and what little she wore. Her white crocheted dress was a throwback to hippy finery popular in the sixties, the intricate design bearing flowers and tassels. Silver rings graced each finger. None resembled an engagement or wedding band, thank God. The contraptions on her feet weren’t exactly shoes. There were no soles, merely braided leather cords wrapped around her slender toes that she’d then tied to her ankles. Dangling feathers and blossoms hammered from silver adorned the leather to make Bohemian wedding sandals.

His arms goose-pimpled. He didn’t want to guess how he’d known the name for her footwear. Never had he been into women’s fashions, especially those from long ago. It was 2019 for Chrissakes, his thirtieth birthday barely past.

She couldn’t have been older than mid-twenties.

Bliss crossed her lovely features. “Caitlyn.” She slid her fingers over his and squeezed gently.

His hair stood on end, indescribable pleasure filling him. Liking it, he grinned.

Loud laughter rang out overhead. “Did I interrupt your tour?”

“Not at all, Mr. Gallagher. I’ve been waiting for you.” 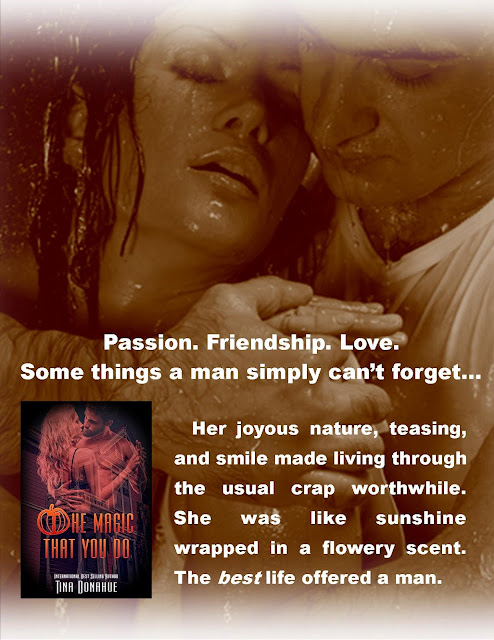 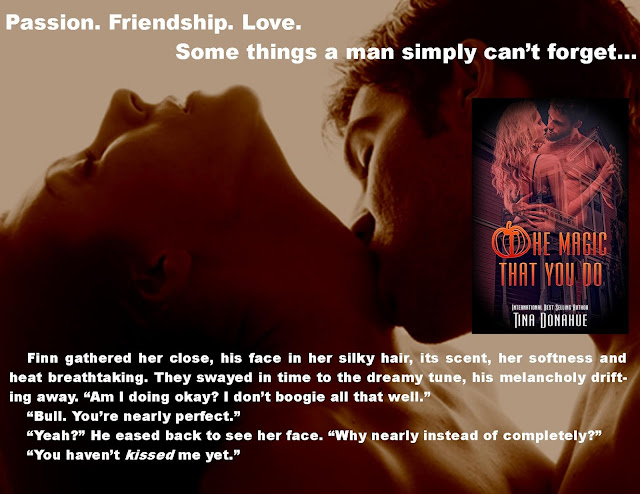 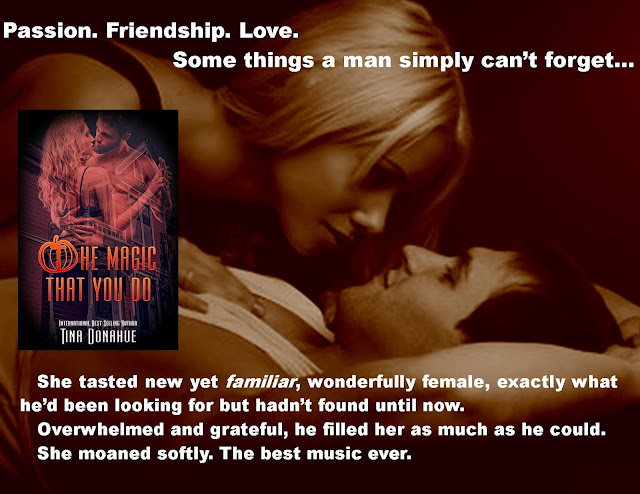 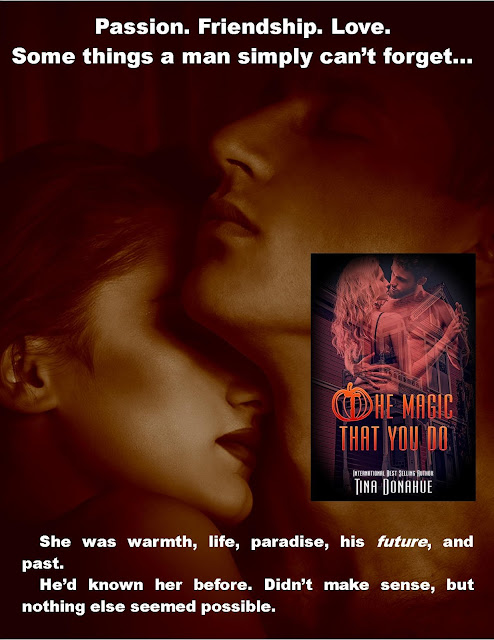