Tweet
Pin it
If you like sexy alpha heroes who know what they want and go after it, then you’re going to love the Men in Uniform anthology. 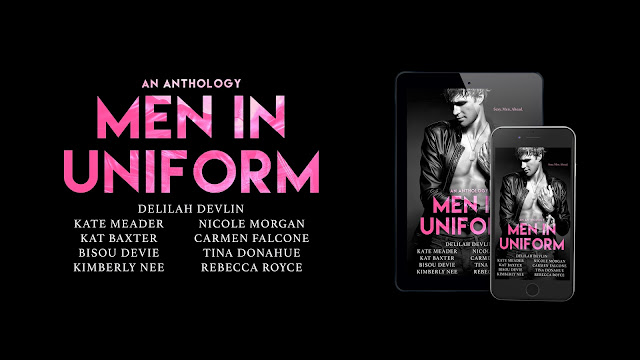 Amazon
These great stories are inside:
Ready for Trouble by Tina Donahue: Jake loves his job as a cop and loves the steamy Florida women more—as long as they’re into casual. And that means hands off his boss’s sister…

Along Came a Spider by New York Times Bestselling Author Delilah Devlin: All Spider Longren wants is time alone to recharge after a grueling mission, but what he gets is caught in the double crossfire of passion and danger.
Coming in Hot by USA Today Bestselling Author Kate Meader: Firefighter Tyler has one problem. He’s still got his V-card. And he wants his best friend Evie to help him lose it, only she has no idea he’s wanted her for years. Time to make his move.
Precious Cargo by USA Today Bestselling Author Nicole Morgan: With a hit out on Alena’s life, U.S. Marine Brandon is faced with protecting her while completing his mission… And keeping his hands off her is the hardest task of all.
View from the Top by USA Today Bestselling Author Carmen Falcone: Retired Air Force pilot Mack always desired Jenny but couldn’t act on it because she’d been too young. Now, years later, he’s ready to show her they’d make a great couple—in and out of the bedroom.
Two for the Road by Bisou deVie: One city girl from LA. One sexy Greek paramedic from Canada. One road trip. What could go wrong?
Call Me Crazy by Rebecca Royce: Faith keeps calling Sheriff Wyatt about something odd she keeps seeing in her yard… But all he sees is one sexy woman he wants for a night of hot passion.
The Navy Seal’s Secret Baby by Kat Baxter: A hot NAVY Seal, an awkward teacher, and a weekend of hot sex. It was supposed to be temporary, but a baby changes everything…
Always Ready by Kimberly Nee: In town for a few days from his job in the Coast Guard, Steve helps Lauren live out her sexual fantasy. But it’s the staying together part that’s challenging… 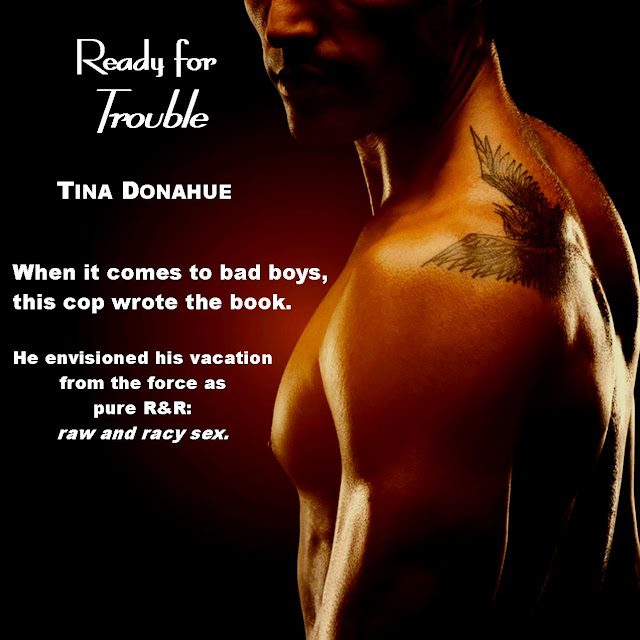 Ready for Trouble
When it comes to bad boys, this cop wrote the book.

Tall, dark, and deliciously virile, Jake loves his job, steamy Florida nights, and especially the ladies as long as they’re into casual fun. No strings, regrets, or restrictions during carnal play.
Then along comes Krista.
Talk about being blindsided when she shows up to fix a plumbing problem. Her lush curves make his mouth water, her smoldering gaze turns his brain to mush, and her wicked personality has him craving more.
She’s as hungry for him, even if there is a problem. Her too-protective older brother is Jake’s superior on the force and doesn’t like players lusting after his little sister. That could be career suicide for Jake.
He still craves her in his arms, while she’s hopelessly drawn to him, both willing to tempt fate.

During their sensuous days and wanton nights they’re ready for trouble no matter where it leads. 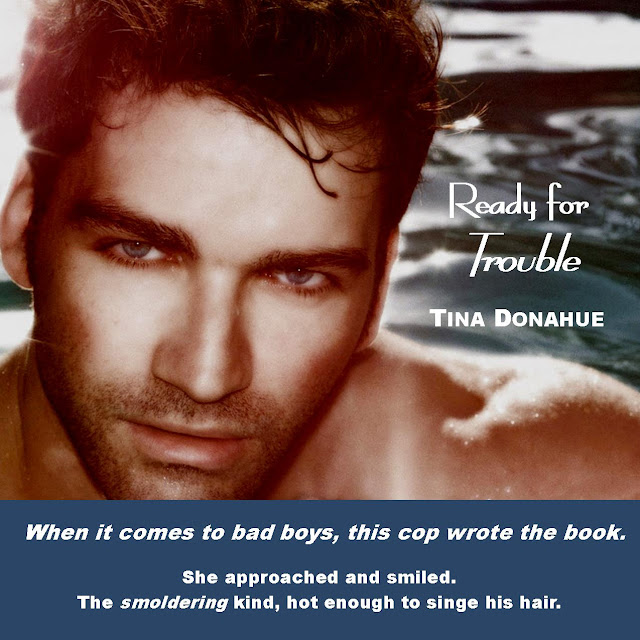 Steeled against his intolerable lust, he kept relatively chase and thumbed her nipple. “Yeah, I’m wearing my gun. It’s regulation. I have to.”

She eased back, her eyes wide. “Show me.”

Her brow furrowed. “Why not? Where exactly did you put it? Wait.” She leaned close. “Are you packing more than the usual heat between your legs?”

He laughed quietly. Damn, you’re something. Rarely had a woman made him feel so comfortable being himself. “What do you think?”

His black dress shirt hung outside his equally black jeans, effectively concealing his service revolver. He lifted the shirt tail to reveal his gun holstered on the waistband.

“Whoa.” She stroked the handle. “You are a badass.”

Not as much as he wanted to be. “You have no idea.”

“No?” Expectation glittered in her eyes. Her breathing grew shallow. “Show me.”

He cupped her neck and drew her close, thigh to thigh, then drank her in, not rushing, enjoying the intimacy.

She softened. Fuck, she yielded, her lips parting on a faint sigh.

He liked knowing she desired him as much as he did her. For some reason, he seemed to have waited a lifetime to get to this point: the velvety night surrounding them, their scents and heat mingling, their mouths inching closer.

Jake honestly yearned for her tonight and possibly tomorrow. The endless, unknowing future wasn’t something he wanted to think about. This moment was enough.

He angled his mouth over hers and eased his tongue inside, fitting against her perfectly. His pulse sprinted and the world slowed down then faded away. Only he and she existed.

On a wanting moan, she wreathed her arms around his shoulders and suckled his tongue deeper, encouraging him to fill her as much as he could.

No way would he do anything less.

Once he’d cupped her lavish ass, he pulled her into him, cock to cunt, precisely as they should be.

A pleased whimper followed her moan. She wrapped her leg around his then pushed his tongue from her mouth and filled his instead. Their kiss grew savage, deep and wild. They touched each other every-fucking-where they could, her exploring his hard planes, him luxuriating in her lush curves. 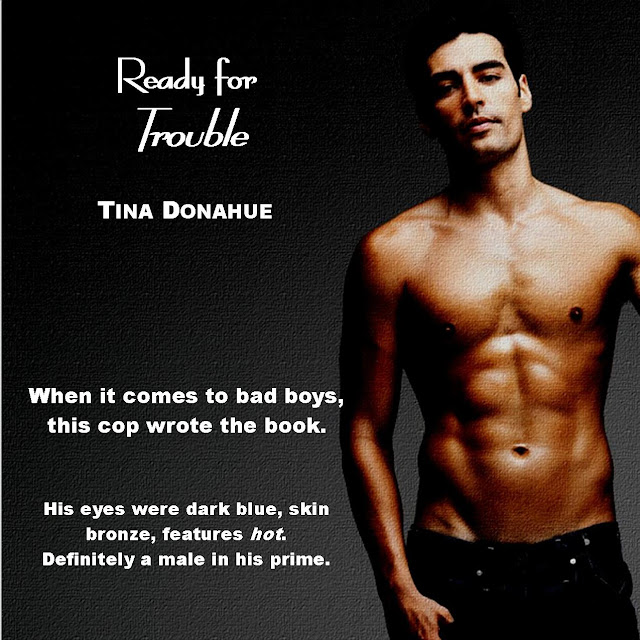 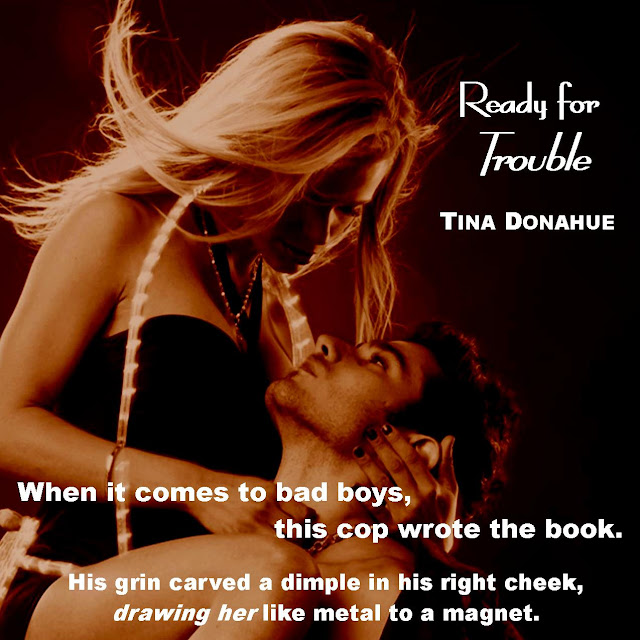 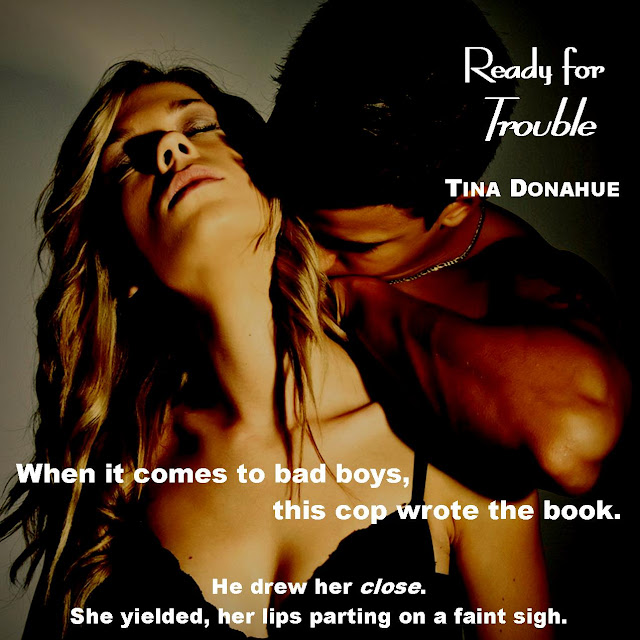 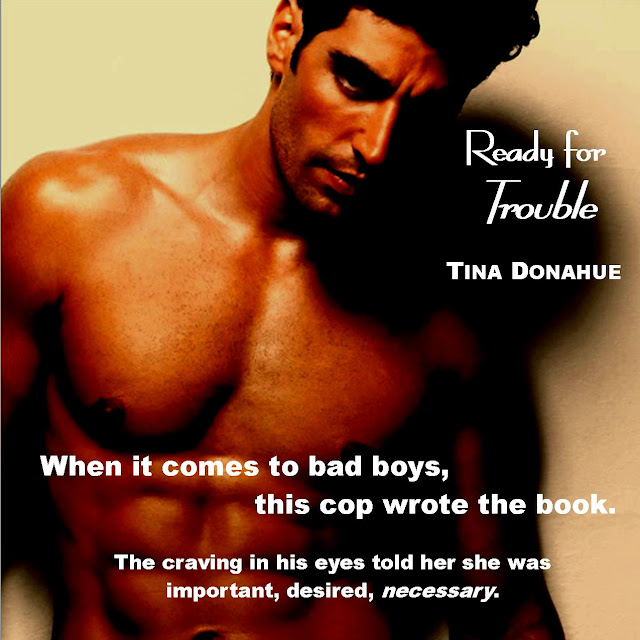 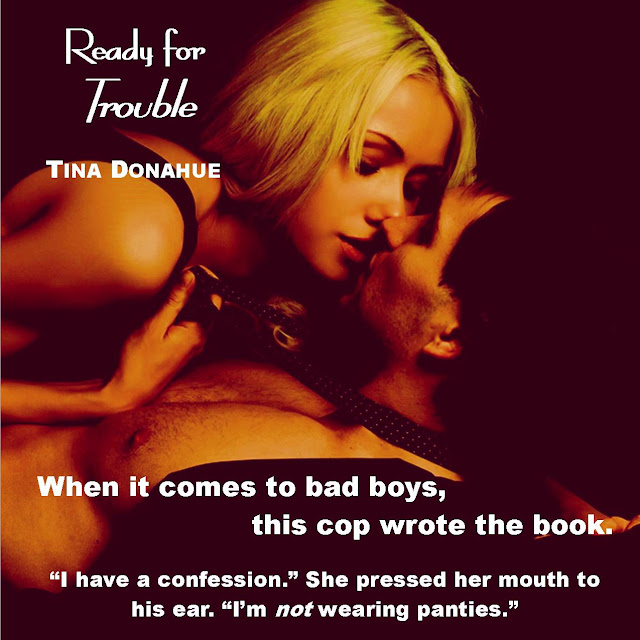 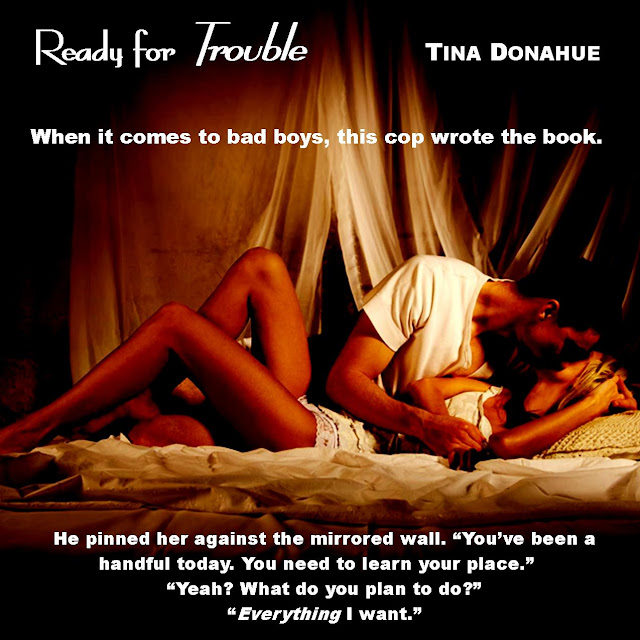 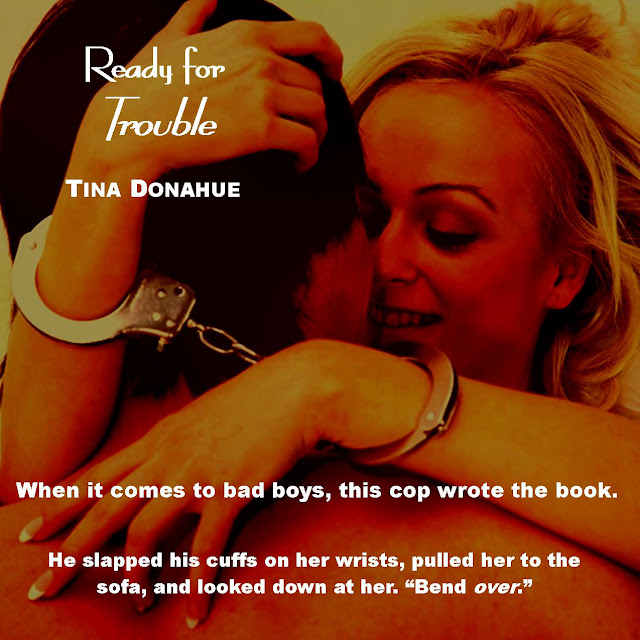 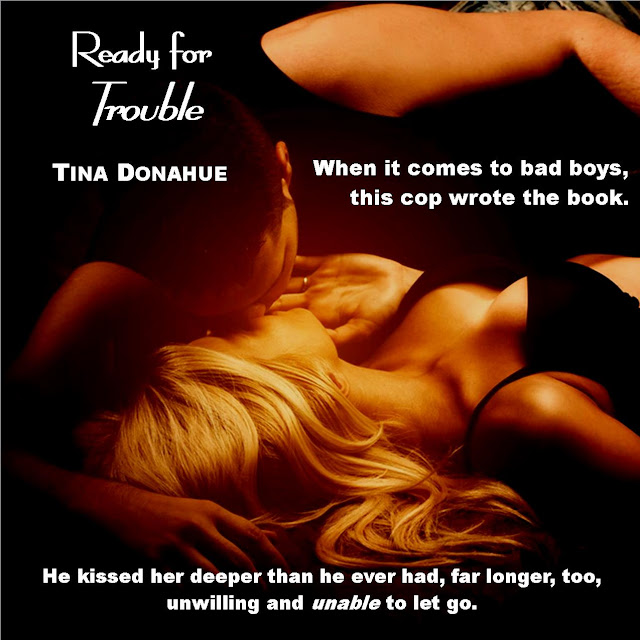